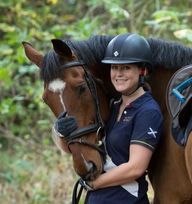 After a 10 year break from horses I decided to get back involved in 2010 and now seem to own two horses, a lorry and compete most weekends!

I work in marketing for a large financial company during the week and spend the weekends motoring about Scotland and the North of England in my big bright blue lorry called Bluebell!

I compete in British Show Jumping and Dressage through the winter and event through the summer season. 2014 was my first event season at BE80T moving up to BE90 and BE100 with Corky.

2018 season sees Maisie join the team so I have two super little horses to compete. 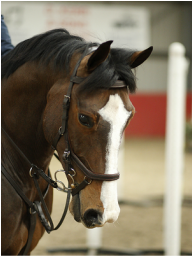 Corky is also a 11yo gelding – he is 7/8 TB and 1/8 Lusitano. He was brought over from the De Foja stud in Portugal and the end of 2012 by advanced event rider Olivia Wilmot who also owns his Uncle Zebedee De Foja who she has competed to 3*. Corky is a XC machine and is as brave as a lion – he is only 15.1hh but thinks he is 17hh! We are competing at BE100. 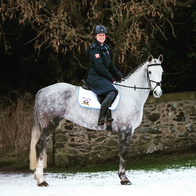 Maisie is a 9yo ISH mare brought over from Ireland in autumn 2017.

We are spending the pre-season getting to know each other, lots of training and local competitions.

So far she is shaping up to be an exciting prospect for the 2018 season.